A History of Christmas Cards

Getting holiday cards is one of the highlights of the season. From getting family photos to warm wishes for the year ahead, it's a fun tradition that many people keep up.  It's also fun to get mail! Our communication is increasingly digitalized, which means that getting mail that isn't bills or jury summons is rare these days.  However, there are lots of designs, photo placements, and card designs to choose from! Where did all this start, and what is the history of Christmas cards? Understanding the Christmas card tradition requires going back to 1843, to a time where the Victorians were going through a Christmas obsession, overbooked social calendars, and a new mail system.

Keeping Up With the Joneses

The above phrase usually refers to the rat race of comparison that some people trap themselves in. Of course, this is in no way a modern occurrence.  Whether it was assets, social status, or rules of etiquette, many Victorians were enthusiastic participants in a society defined by rules and customs. One of these customs was paying long social calls around the holidays.  For many people, especially those with large friend circles, this proved exhausting. People experience this today, too! From shopping for people you don't really like, to bringing the right dish to the family potluck, to holiday travel, most people find the holiday exhausting. In Victorian days, this was also the case. People needed a way to reduce the number of social calls they felt obligated to make.

This pressure was magnified by the new obsession with Christmas. In old times, Christmas wasn't the commercialized huge holiday it is today. In fact, in the nineteenth century, the Puritan influence was still strong in America.

As a result, many dismissed Christmas as a pagan holiday, due to it’s connections with the Roman holiday of Saturnalia. It wasn't until 1870 that it became a national holiday in the United States under President Grant. However, America looked to England to set trends when it came to Christmas. And in England, Christmas wasn't even a true holiday for most.  Then, Queen Victoria married Prince Albert. In Germany, where Albert grew up, Christmas looked more familiar. With a fireside setting, evergreen boughs, and gifts, the royal family adopted many German traditions for Christmas.

Once the royal family started doing it, it caught on like wildfire. Victorians became obsessed with the holiday and introduced many of the traditions and imagery that we associate with Christmas today. Santa Claus, giving gifts, singing Christmas carols, and more were all popularized in the Victorian era. With such a huge emphasis on all types of traditions and Christmas imagery, it makes sense that Christmas cards would soon surface.

People often complain about the postal service today. It can seem unreliable, finicky, or too expensive. When compared to text messages or emails, these complaints may seem warranted.  But the advent of the postal system kept people connected like never before. Finally, people had a cheap way to receive letters, newspapers, packages, and more.  When it came to disseminating information, staying in touch, and educating an entire population, no single organization has done more than the postal service.

That's why the work of Sir Henry Cole was so important in Britain. As a scholar, civil servant, and man of many interests, he worked to pass a bill that was responsible for the creation of the penny post. This term meant that anyone could send mail for the price of a penny.  An old-fashioned saying is that 'money makes the mare go', and this was certainly the case for Sir Henry Cole. He'd gone through so much effort to pass the bill, and now he had to prove its' merits.

To do so, British citizens needed to use the postal service like never before. But like the introduction of any new government program, it took some work to win people over.  Luckily for the Christmas tradition, Sir Henry Cole was brilliant. His ideas led to the holiday card tradition that got British citizens using the penny post, and establishing a tradition that lasts even today.

No Christmas card history would be complete without truly understanding Christmas. As a holiday, it is a mix of the commercial and the religious. Holy sentiments about God's only begotten son are mixed with clipping coupons for Christmas shopping.

To some, this may seem profane. To others, it's merely an accurate reflection of human nature. The mundane will always be mixed up with holiness, whenever humans are involved.  This blend was certainly responsible for Christmas card history. Sir Henry Cole commissioned the design of a card that would replace lengthy social calls, popularize the penny post, and cater to the Victorian Christmas obsession.

Early holiday cards were quite ornate by modern standards. Today, we talk about sustainable Christmas cards or eco-friendly holiday cards. The Victorians weren't bothered by such things! Instead, this first card used lithographic printing to produce a gorgeous card featuring a banquet scene, with side portions of the card illustrating charitable activities.

The first Christmas card came near the release of Dickens' most famous novel, A Christmas Carol. The Victorian view of Christmas was encapsulated in these two pieces of media: fortune and bounty, with excess everywhere. To offset any selfish implications associated with these indulgences, charitable work for those 'less fortunate' was prioritized.

As Christmas grew more popular, imagery evolved and changed. For instance, many traditional holiday cards have mushrooms to symbolize good fortune, and the resolutions of issues from a previous year. The popularity of meaningful cards sparked other holiday traditions. From New Year's cards to Valentine's Day, holiday cards are popular for all sorts of events now!

A History of Christmas Cards

From the first Christmas card to mid-century versions featuring bright Norman Rockwell-esque images, to modern photo-heavy cards, the history of Christmas cards has been rich and family-oriented. With the best selection of sustainable holiday cards, photo placements, and holiday memories for your family, Paper Culture has you covered. Check out our options today for the perfect holiday card! 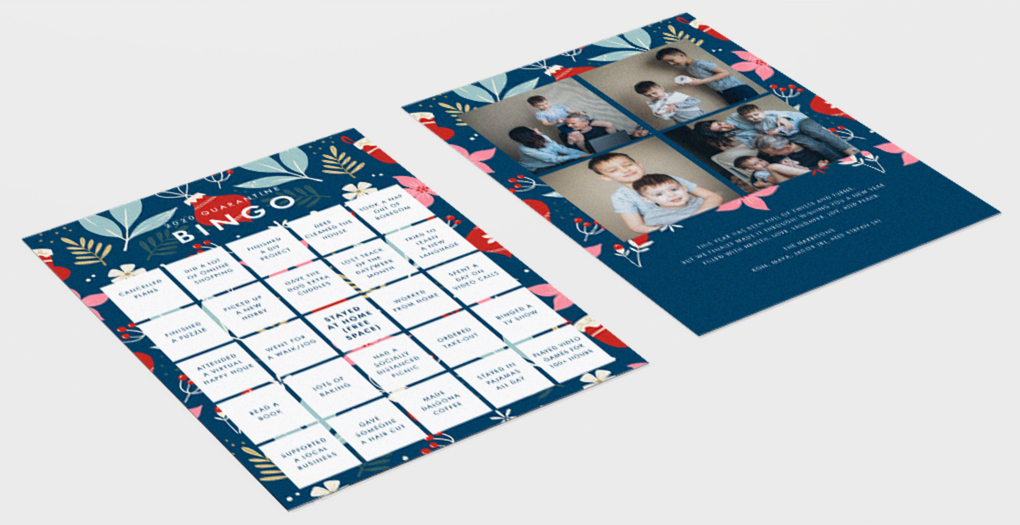 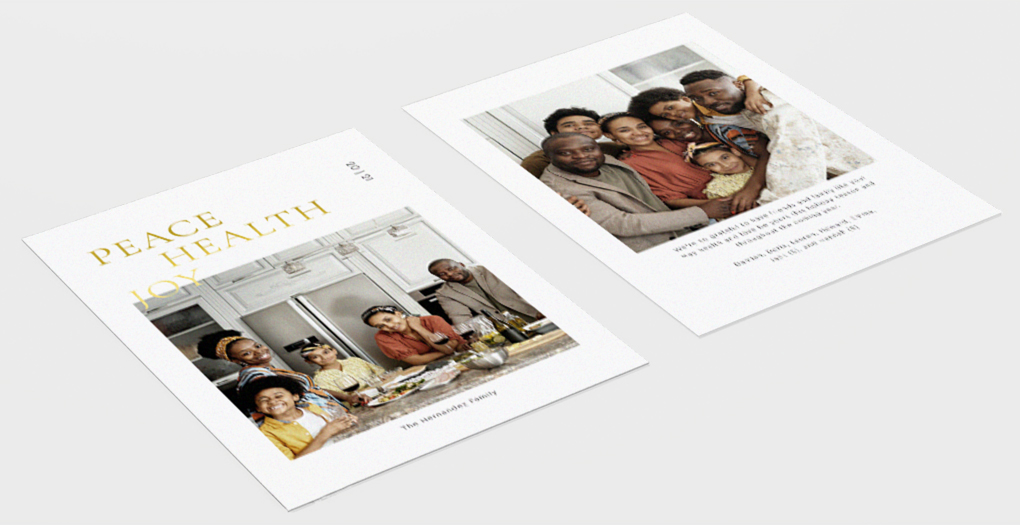 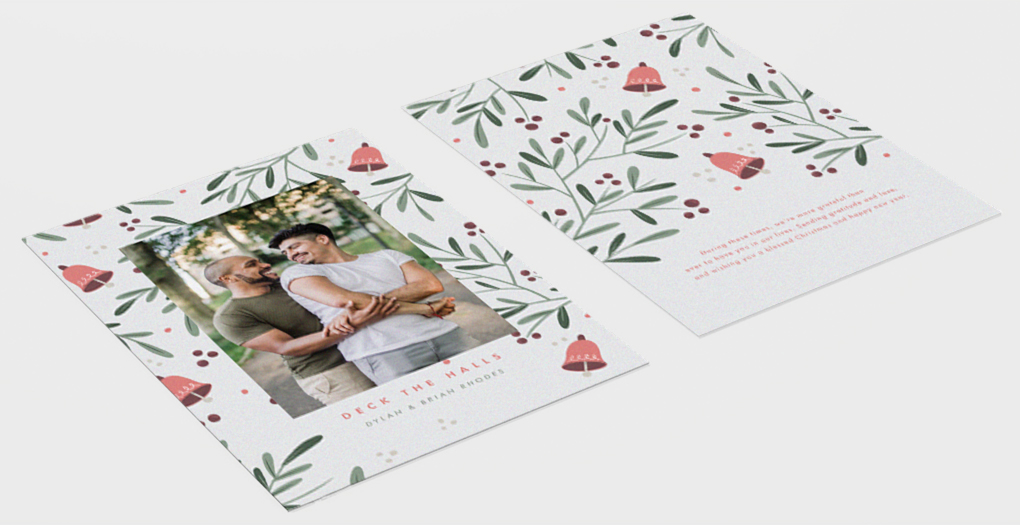 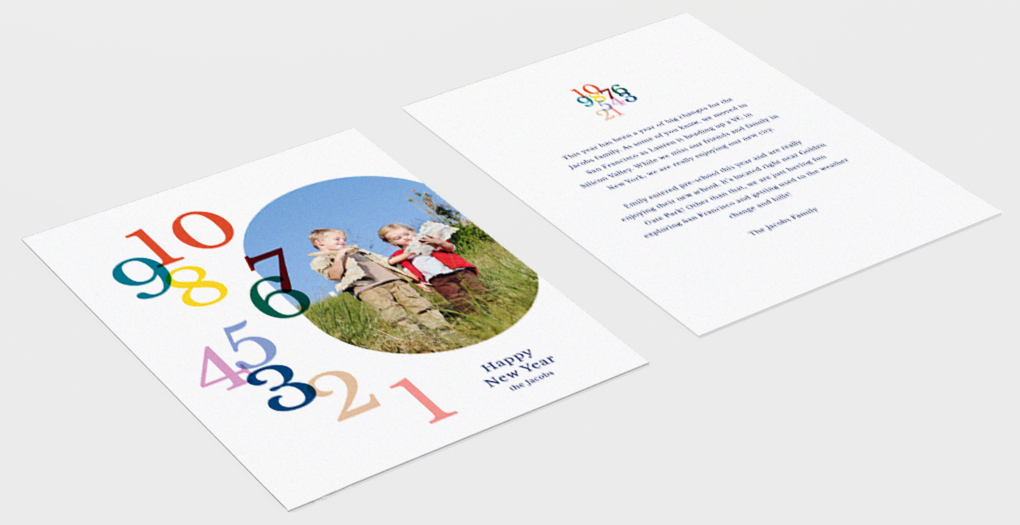